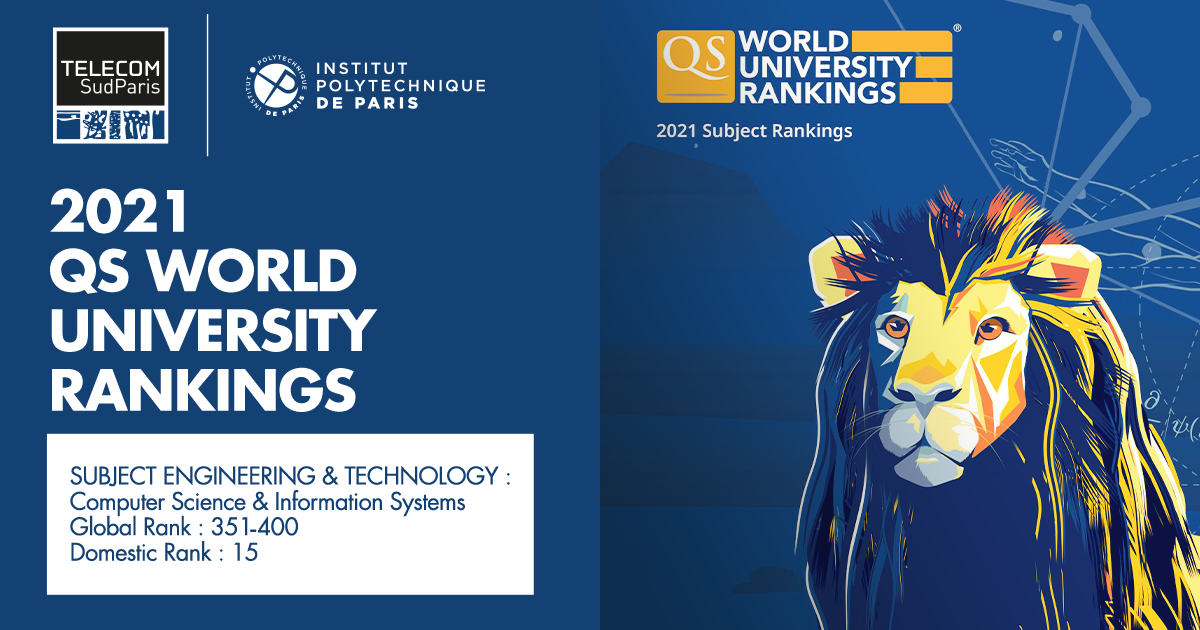 The QS World University Rankings  by subject focus on engineering and technology.  They are among the three most reputable rankings in the world, with THE and Shanghai, and cover 51 subjects across 5 major areas.

QS World University is a multi-criterion ranking based on reputation among employers and global scientists in the field, as well as the impact of published scientific work.

Our high score for employability is based on votes from over 50,000 employers worldwide between 2016 and 2020. This is reflected in the results of the CGE's annual 1st job survey, where Télécom SudParis performs well every year.

We should also commend the scores obtained by our teacher-researchers for the quality and reputation of their scientific work, with 67.2 and 66.3 out of 100, respectively. This underlines the high quality of Télécom SudParis faculty and their training and research.

This ranking comes at a time when Télécom SudParis is stepping up its international student recruitment efforts, alongside the Institut Polytechnique de Paris schools: Ecole Polytechnique, Télécom Paris, ENSTA Paris and ENSAE.

Founded in 1990, London-based Quacquarelli Symonds has been producing global rankings of higher education institutions since 2004. This year, nearly 14 million articles were analysed to produce its ranking of 1,453 institutions.