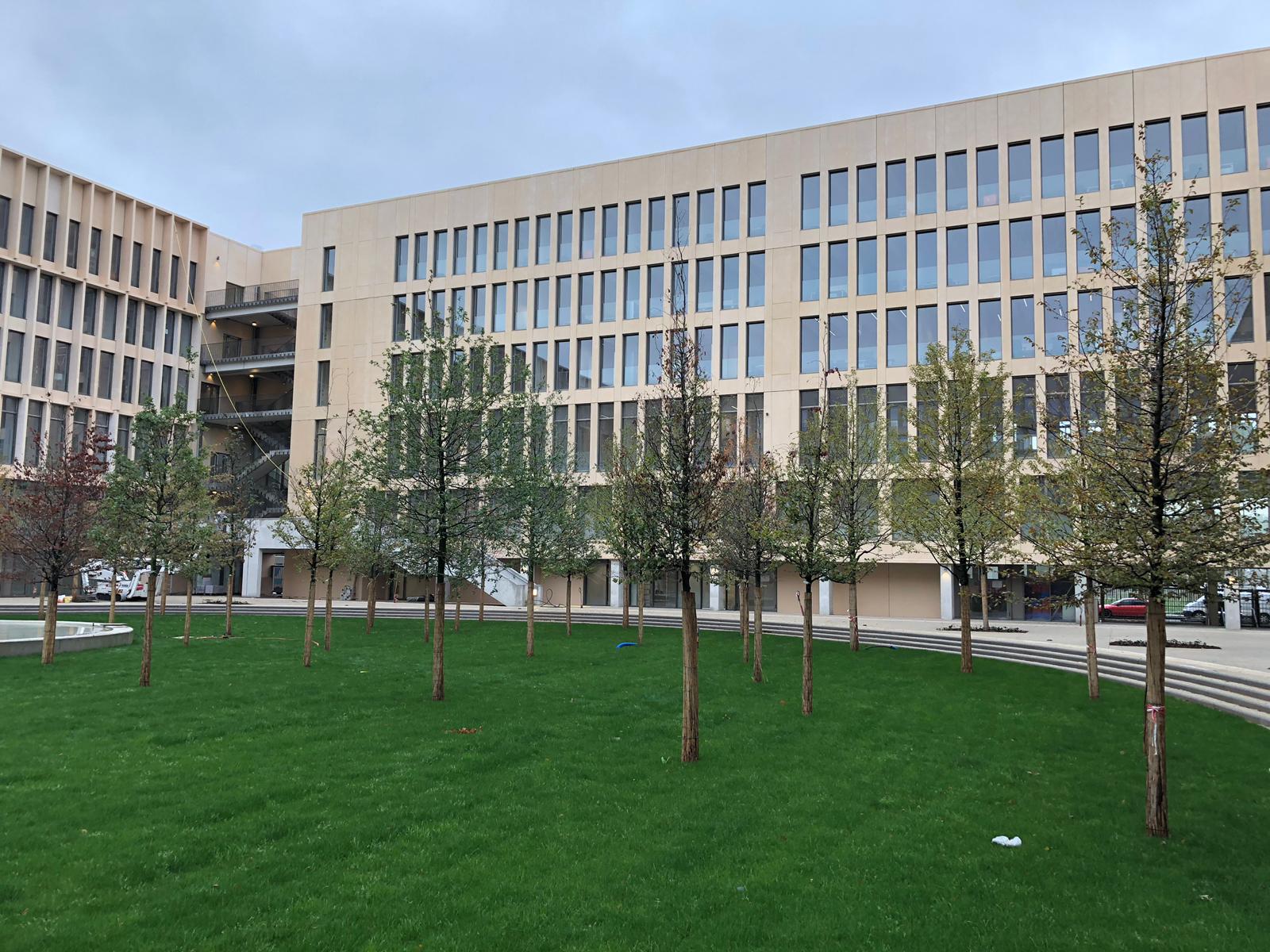 The impressive building measuring 200 meters long by 100 meters wide, designed by Grafton Architects, the Irish firm that won the architecture competition, opened its doors on Monday, 21 October 2019, housing IMT's general management board and a part of Télécom SudParis, joined by Télécom Paris on Monday, 28 October.

In all, approximately 1,350 students and nearly 700 faculty and staff members are now located at 19, Place Marguerite Perey in Palaiseau. The first two floors of the 40,000 squaremeter building are devoted to student life and classrooms, while labs and research platforms are spread out over the other floors. The building also features a multimedia library, a creative lab, a FabLab, a restaurant, two cafeterias, sports areas, large auditoriums and a number of interior courtyards with greenery.

The €150 million project was financed 70% by the sale of the building at the Télécom Paris site in the 13th arrondissement and by an additional endowment from the State. Situated at the center of the École Polytechnique district, the building is conveniently located across from the future Palaiseau station on line 18 of the Grand Paris Express. This location was decided upon in 2009 as part of the campus operation, and has taken on greater meaning since the founding in May 2019 of Institut Polytechnique de Paris, in which IMT is involved through its two graduate schools, Télécom Paris and Télécom SudParis.

"This project has been a long time in the making and it's finally a reality – I'm delighted for our two schools and for IMT as a whole, since it will ultimately benefit from this exceptional environment," says Odile Gauthier, Executive Director of IMT. "This is a historic day for Télécom SudParis," added Christophe Digne, Dean of the School, at the opening of the Palaiseau building on 21 October 2019.

For the two schools, this location represents an opportunity to work more closely with one another as well as with IP Paris schools, research centers and major corporations located on the Plateau de Saclay. "We're happy to see this major project come to fruition – it's a historic milestone for Télécom Paris. By moving to the IP Paris campus, our students, faculty members and staff will benefit from a new environment, which is certainly very different from Butte aux Cailles, but which will provide greater opportunities for interactions between training, research and innovation," says Yves Poilane, Director of Télécom Paris.
Download the press release