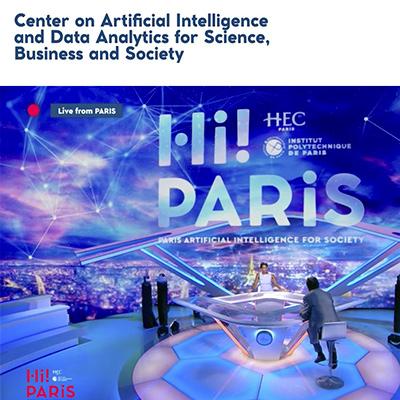 Its declared ambition is to become a world leader in these fields within five years by answering the major challenges linked to technological transformation and its impact on companies and society at large.

The Center will draw on the 300 researchers and the infrastructures of IP Paris and HEC Paris devoted to these fields. This reinforces the dynamic and intense collaboration the two institutions have built, having already shared a doctoral school and joint Master degrees. The Center is entirely financed by the patronage of companies which are mobilized behind the two academic institutions. 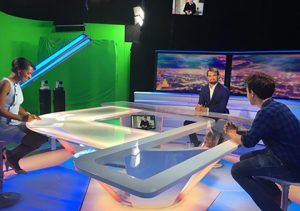 Hi! PARIS is a unique space devoted to disruption, teaching and innovation, along with the elaboration and transfer of technology. The Center will intervene in key applied disciplines such as energy and environment, defense and security, health, retail and luxury industries, telecommunications, nutrition, finance and insurance, and more.

By reinforcing the collaboration between IP Paris and HEC Paris, and by capitalizing on expertise which range across a broad spectrum of academic fields, Hi! PARIS will have a powerful impact on a European and global scale in terms of Data-AI research and education (engineers, managers, young researchers, executive education). These resources are at present essential for companies and laboratories, both public and private.

Professors Eric Moulines (IP Paris) and Thierry Foucault (HEC Paris), scientific co-directors at the Center, believe that: “Thanks to a world-class team of professors-researchers, Hi! PARIS aims to conduct projects which will exploit the full potential of AI by recruiting 30 new professors and 150 PhD students of world-class level and to train the future generation of engineers and managers who will build an AI for all domains, while in the process tripling the number of students trained in this field within five years.”

In order to support its global ambitions, the Center relies on a disruptive vision of sponsoring companies backed by significant financial contributions, which will support long-term research. These are essential collaborations in the drive to become an international champion in higher education and research in the fields of AI and Data Science. 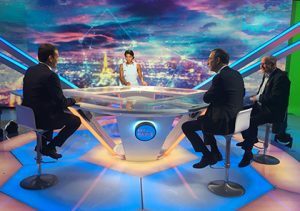 They will allow the implementation of a post-doctoral program capable of competing with the greatest institutions in the world. Backed by company partners and academic foundations, the Center’s financial strength will allow it to recruit experts whose research will complement the topics already being studied at Hi! PARIS. The Center already has the backing of five founding sponsors: L’Oréal, Capgemini, TOTAL, Kering, and Rexel.

For Eric Labaye, President of Institut Polytechnique de Paris: “The objective is to create a world leader in the fields of Artificial Intelligence and Data Science. Thanks to the excellence of our research and education, this Center will work on the frontiers of science in order to develop an Artificial Intelligence and Data Science that are responsible and ethical. Hi! PARIS will contribute to the development of a digital sovereignty of France and Europe, guaranteeing the competitiveness of its enterprises, the efficiency of its administrations, and the quality of life of its citizens.” 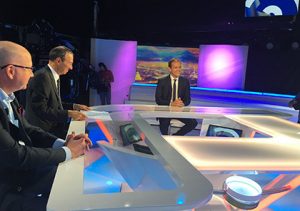 According to Peter Todd, Dean of HEC Paris: “The success of our project is based on the challenge of achieving multidisciplinarity at the very highest level, relying on the combination of complementary and recognized fields of expertise of HEC Paris and Institut Polytechnique de Paris, but also on the support of major actors in the economic world. We hope that many companies will join Hi! PARIS, thus fashioning a new AI at the service of a durable economy and a just society.”