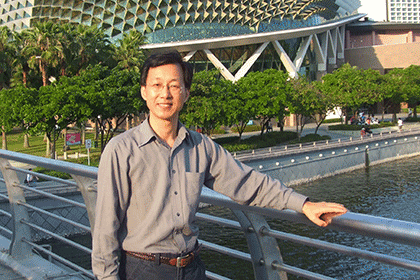 Daqing Zhang, researcher from Telecom SudParis is honored by the Institute of Electrical and Electronics Engineers.

The Institute of Electrical and Electronics Engineers (IEEE), a professional non-profit organization of more than 423 000 members around the world, publishes each year a list of its fellow members. These members have an “extraordinary accomplishments” in the advancement of technology and, after a rigorous evaluation procedure, one out of thousand members is getting named IEEE Fellows for his or her contributions. From January 2019, one of them will be Telecom SudParis affiliated.

Daqing Zhang, professor in Department Networks and Mobile Multimedia services at Telecom SudParis and CNRS since 2007, was honored for his “contributions to context-aware mobile and pervasive systems”. He is the director of the Ambient Intelligence and Pervasive System Group.

He has published over 200 papers in referred journals, conferences and books, where his work on context model and middleware is widely accepted by pervasive computing, mobile computing, networking and service-oriented computing communities. His research work got around 13,000 citations with H-index of 55 (according to Google Scholar as of Nov. 2018).