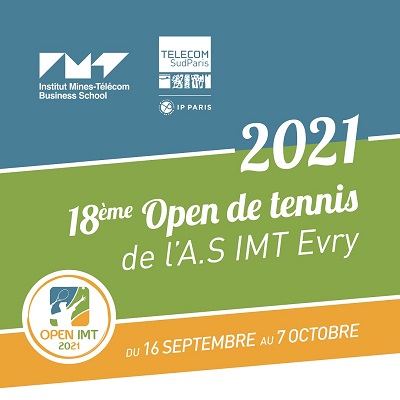 From Thursday, September 16 to Thursday, October 7, 2021 in Evry-Courcouronnes (Ile-de-france), students and FFT-licensed players will compete in the 18th edition of Open IMT tennis tournament.

Since 1999 , this competition has established itself as the largest student-organized tournament in the Ile-de-France region and the one with the highest prize money. Open to men's singles, it welcomes around 200 participants each year, including players ranked between 300th and 500th in the world professional players' ranking (ATP).

25th Conference on Innovation in Clouds, Internet and Networks (ICIN)