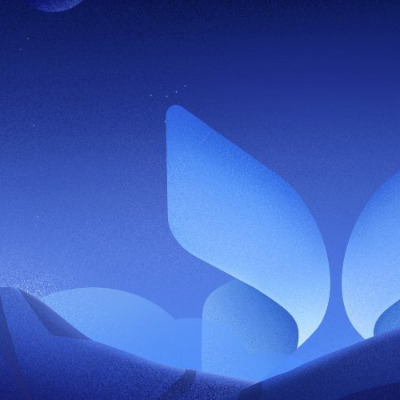 What is your role at the company?

Mathis Gontier Delaunay: Morpho Labs is an open-source software development company, founded in the summer of 2021. Within the company, I am in charge of exploring avenues for reflection around the Morpho protocol, as well as programming the smart contracts that constitute it. For the latter, there are security challenges involved, as there are funds circulating via the smart contracts and payment is executed through blockchain.

You just mentioned blockchain, can you explain this concept?

M G D: Blockchain is a distributed ledger that is maintained by a network of validators across the world. Initially, this was used to transfer funds without needing a trusted authority (Satoshi Nakamoto’s Peer-to-Peer Electronic Cash System). Nowadays, blockchains have evolved, making it possible to perform much more advanced operations thanks to smart contracts, which are algorithms with non-alterable clauses registered in the blockchain. Using this technology, we can remove the intermediaries from applications which previously needed a trusted authority. In the field of financial applications, we call this decentralised finance.

These protocols offer traditional financial instruments without relying on intermediaries, like the major exchanges, banks, etc. It allows for more open and transparent finance, with known clauses. Another key aspect of this shift is that you’re no longer dealing with a company, but rather with a protocol that does not belong to anyone. Anyone can contribute to it and be compensated for their contribution. In our case, it’s Morpho Labs that is contributing to the Morpho protocol and that will be compensated by the community for this.

What is this Morpho protocol?

M G D: Morpho is a decentralised finance protocol. It can be used to lend and borrow digital assets, generating interest. It applies for any object or property of value that can potentially be tokenised and uploaded to a platform like Morpho, to obtain a loan for whatever purpose you want. This is a very important use case for the future of blockchain.

How did the Morpho Labs project start?

M G D: The project came about when Vincent Danos, researcher at CNRS, and Paul Frambot, student at Télécom Paris, met in class. They got along very well and came up with the idea for Morpho. I met Paul through the student organisation KRYPTOSPHERE. He told me about the project and I joined the team in April 2021. It all led to Morpho Labs and Morpho, a protocol which is now very advanced.

“[...] What’s interesting about Blockchain is that it provides a guarantee that the code will be executed and that no-one can get in between you and the code. […]”

This project seems very interesting, but also very time-consuming. How do you manage to juggle your role at Morpho Labs with your studies?

M G D: (laughs) Morpho Labs is a project created by four students, so obviously we have to fit it in around our studies and internships. In my case, for example, this summer I was interning at Nomadic Labs, a company that does research and development around the Tezos blockchain.

After that, I went back to school, while still working on the Morpho protocol alongside my studies. It’s not always easy, but the project is so exciting and interesting that I make every effort to ensure I can keep doing both.

Your protocol is creating a lot of buzz, especially since you managed to raise $1.35 million. Can you tell us more?

M G D: At the beginning of summer, we started talking about the project at conferences, meetings, etc., and a lot of people were interested, especially investors. So, we launched an initial fundraising campaign, which reached a total of $1.35 million. We have over 30 different investors around the world. This capital will allow us to speed up development and aim for Morpho to be launched at the end of 2021.

Interview with Elodie Viau: “When it comes to space exploration, we have to move fast”

Karolina Gorna in the realm of spatial data